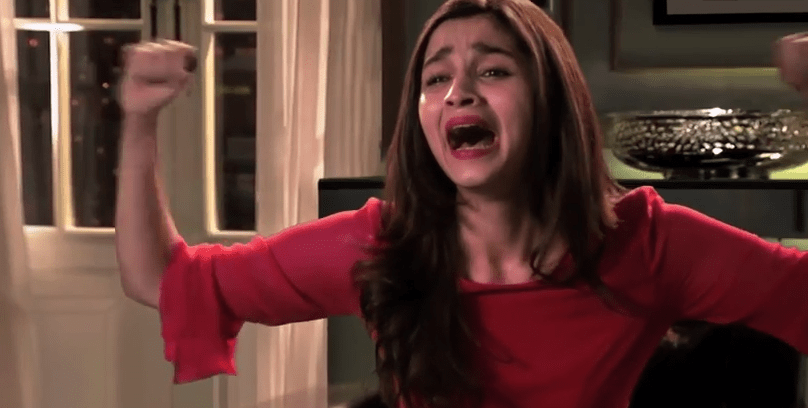 Everyone in India and outside India are sad and confused of sudden dismiss of most talented self-made Bollywood actor Sushant Singh Rajput (SSR). Its been almost 2 months but yet no culprit is arrested or convicted. As if now the case is passed on to CBI and we hope that they may catch the murderer of Sushant Singh Rajput. As we all know that Sushant was the victim of Nepotism in the bollywood and he wanted to make friends in bollywood or attend their parties but he was not invited cuz of Nepotism. Now, Sushant Singh’s fans are very angry on Mahesh bhatt, Alia bhatt and bollywood.

The Sadak 2 movie trailer has been released just 16 hours ago and till now it has received 280k likes and 5 million dislikes.

We can see the angry of #SSR fans that have flooded Alia bhatt’s Sadak 2 movie trailer comments section with around 355000+ negative comments and also her movie Sadak 2 trailer has received more than 5 million+ dislikes on Youtube. Now Sushant Singh Rajput’s fans are targeting 10 million dislikes. The Sadak 2 movie trailer has been released just 16 hours ago and till now it has received 280k likes and 5 million dislikes.

Sadak 2 is going to be a super flop film of Alia Bhatt as no one is going to watch this movie, we can witness the angry of the peoples by their response on the trailer.

Khaled Al-Dhaheri 6 minutes ago Now we dislike mahesh bhatt and his daughter and next will be karan and his kids in Bollywood.. keep it up SSR lovers. ✌🏼✌🏼✌🏼85REPLY

sandip patra18 minutes agoDislike only for Mahesh Bhatt . He is a characterless and Mental person in Bollywood .105REPLYView 3 replies

Lalri Hmar7 minutes ago (edited)Hit like if you came here to update yourself with the number of dislike so far..😅27REPLYView reply

X F18 minutes agoDislike and do not watch the movie , we have the power to bring these people down RIP Sushant down with NEPOTISM167REPLYView 7 replies

ADITYA RAIKER_2.014 minutes agoSo HOTSTAR has the most liked as well as most disliked trailer in the world😂😂😂😂😂😂😂😂😂130REPLYView 17 replies

Rohit Patodia8 minutes agoI am wondering why rhea Chakraborty was not casted in this movie.2REPLY

Chiranjeevi Pippalla22 minutes agoWho are coming back and back just to check the dislike count and keep laughing at it? 😂😂😂😂😂257REPLYView 12 replies

Soham Roy18 minutes agoNothing against Alia and rest of the crew. But this Dislike is for the person who considers himself as the greatest director of all time.5REPLY

aniket patil6 minutes agoI have never seen a single movie of this nepotism queen but specifically searched her movie trailer just to dislike it. Justice for our real superstar SSR.8REPLY

Eric Ronald23 minutes agoI am from england. I didn’t understand the language but came here to dislike the video Because that’s what legends do37REPLYView 3 replies

Hrishi Gor19 minutes agoDon’t watch these movies, don’t give them our attention and fame and dislike their work like this only. Only this is how we can show them what “audience” can do.91REPLYView 6 replies

Kummail Jan17 minutes agoSo whats with the dislikes .. can anyone tell me. Is it about the nepotism thing ? Ziyada kuch pata nahi hai mujhe. Thanks1REPLY

Rohitvishal Yadav5 minutes ago (edited)Some things should not be encouraged .We people have the mass power and you will see it . Boycot nepotism Justiceforsushant 👇🏼1REPLY

tanu agarwal19 minutes agoEvery celebrity, so called bollywood star, politicians, authorities, involve in shushant murder need to watch what people think and want.. If they still have any kind of dilemma.. I can only pray for them..34REPLYView 2 replies

Swapnil M17 minutes ago… If u still have any sense of Bollywood…den don’t even think of watching da nepo(t) stuff !2REPLY

Tahir Balushi7 minutes agoI am not an Indian and I dont live in India but for SSR I am disliking this trailer. This is the best I can do… justice for SSR…2REPLY

Hamada9114 minutes agoWe all should dislike about this Trailer bz of nepotism and one of acters participant this picture and we all hate nepotism.1REPLY

pankaj sindwani3 minutes agoTomorrow google will delete all the “bad” comments and dislikes. Citing their “POLICY”. This video will trend for 3-4 days.1REPLY

Aniket Mehra2 minutes agoWe don’t want bad products of nepotism to be casted in Bollywood,so I am disliking this trailer…2REPLY

SOUMYA MUKHERJEE12 minutes agoBloodywood got more attention from Indians than it ever deserved. Show them their “place”.3REPLY

usama sheikh14 minutes agoWho are coming back and back just to check the dislike count and keep laughing at it? 😂5REPLY

Naushad Shaikh7 minutes agoKeep going guyz… This is the time we can do …. why people going to only dislikes, even they have to Report also. I am sorry sanjay sir but i hate star kids.. RIP shusant sir .2REPLY

abhishek kumar sahu20 minutes agoI wish I could create multiple accounts to click as many “dislike” as possible !32REPLYView 3 replies

Yogesh Saini12 minutes agoCan someone tell me why the dislike count is much more than likes , Did I missed something NEGATIVE in the trailor 😅2REPLY

rohan vishal7 minutes agoi was not intended to dislike the trailer but trust me after watching it, i am2REPLY

Tamil comedy Marathon10 minutes agoI am from tamilnadu.i don’t know Hindi i played this only for dislike it.. I hate alia and mahesh because of nepotism..6REPLY

Shweta Basak20 minutes agoProbably maker’s have already recoverd their investment by selling right. Its time for us to teach a lesson to these OTT platforms.3REPLY

बातें कुछ हटके9 minutes agoThis is the power of common man.. the way we’re boycotting this trailer/film ,to the very same manner we must boycott all the mafias inside and outside the Bollywood.4REPLY

ANGEL S19 minutes ago (edited)What kind of people are liking the trailer, GUYS LET US JUST BOYCOTT Bollywood, don’t forget how many small town hard working Shushants this Bollywood has swallowed. How much torment young girls & boys hv been going through to survive & live in that industry is not hidden now!!! Don’t act blind now, just wake up now Guys!!!1REPLY

ANGEL S9 minutes agoWe audience are the ones, who make them stars, don’t forget what they have done to Sushant and many many more, let’s show them the power of audience this time!!! Have some self respect, don’t you know what kareena has said, we cannot die without Bollywood & movies. Please don’t watch any of their movies on any platform. Don’t watch bigboss, salmaan is the most arrogant man ever, ruined many careers.24REPLYView reply

Tisha Sharma1 minute agoGuys in this time where mr. Dutt isn’t well,I don’t think we should put any negative impact on his health by constantly hating on sadak 2 there are actors in this that aren’t related to what’s happening,by our actions we might also destroy career of the innocent ones who worked day n night for their success before taking any action think twice also to be clear I am not against or with anything but trying to be practical.1REPLY

Rutam Media21 minutes agoKaran should host a show with nepo with kids. ‘Toffee with Karan’REPLY

JAI HIND20 minutes agoFeeling sad that I can only dislike it for once.😞😷 Justice_for_Sushant_Singh_Rajput.3REPLY

Vikram R.2 minutes agoI understand we are feeling a lot of things as an audience after the whole discussion around nepotism in Bollywood. But, please let’s not discredit content like this. A lot of effort has gone into making this movie. It is not about just the actors, a huge workforce is behind the making of this movie. By just disliking and trolling without even giving any chance to the content you have discredited everyone who worked on that set. And also star kids or not, everyone is equally human. So it is important to keep in mind that though we make the conversation heard on nepotism and mental health issues – which is so so important. But, these people can also face or are facing mental health issues because of this constant environment of hate and negativity – no one should be subjected to that whether they are privileged or non-privileged. This debate and discussion around nepotism and mental health should bring a positive change in our society not push people into a negative space.Read moreREPLY

ALSO READ  kat kevin broke up, why?| Did they patch up? - Splitsvilla X3 breakup reason

shakil saeed17 minutes ago (edited)It is very satisfying to see that the trailer of the Nepotism actor has been disliked more then being liked. Somehow, whatever she said about Sushant Singh Rajput on Karan Johar’s went right. She said ‘kill Sushant’ and rightly so she did kill him emotionally. Whole bollywood mafia should be ashamed for what they’ve done to Sushant. I’m not an Indian but I’ve always been a die heart fan of bollywood, but after seeing the demise of Sushant, it seems like no bollywood celebrity really bother or care about him. I’ve always been Sushant’s big fan since Pavitra Rishta and when he stopped working in Pavitra Rishta, I’ve stopped watching the serial. Sushant has done many iconic movies in very short span of his career but he wasn’t really appreciated. Now, I really hope that justice to be served. All culprits should be hang till death. #RIPSSR#LOVEFROMPAKISTANRead moreREPLY

Laxmi Dathia5 minutes ago (edited)We need to show the real power “OF INDIAN PEOPLE”….. 💪💪💪 Make the most dislike trailer… 👎👎 For #SSR 🙏1REPLY

【 Strange – Martian 】20 minutes agoAUDIENCE :: How many Dislike Do you Want ? Mahesh Butt :: *Yes*1REPLY

Pragnesh Jayaswal7 minutes ago (edited)No Bollywood no Nepotism. We are with Sushantsingh Rajput. Guys please dislike this Sadak2. Stand and support justice for Sushat Singh Rajput1REPLY

Vivek Verma4 minutes agoI asked for a hotspot from friend to dislike this trailer as i left the social media and youtube,came back for this.😣😣😣rip sushantREPLY

sanjeet kumar1 minute agoThese people are rich only because we watch their movies, andREPLY

Mert Eylul21 minutes agoI’m really sorry for you sanjay dutt, you are a great actor who does not appreciate yourself. Playing with Mahesh Bhatt‎’s daughter is a big mistake for you.13REPLYView reply

RU Khan6 minutes agoThis is the spirit AGAINST NEPOTISM we should keep for a long long time.REPLY

Osman Azam2 minutes agoI WANNA LIKE THIS VIDEO FOR ADITYA ROY KAPOOR…BUT I CANT AFTER I SAW MAHESH ‘BUTTS’ NAME ON IT.REPLY

abhishek agrahari5 minutes agoIrrespective of the brand of movies that these 1st generation of nepo kids are gonna do, things would never be the way it used to be.. Lets bounce back doubly strengthened from this setback and promote the movies of newcomers who do not have any family connection. Let us be the change agents. Let’s become the critical mass and the rest will automatically pan out for the best. #justice4SSRREPLY

22 0415 minutes agoAre you also coming back every 5 minutes to see if it is breaking most disliked video record? Reply or like if you want to see this as most disliked in history..REPLY

Ismail mohammed8 minutes ago (edited)First dislike then watch the trailer.1REPLY

saran vignesh.g19 minutes agoI think its gonna make a new record of most disliked. They deserve even worse.REPLY

Soham Roy13 minutes agoAmazing, that you could survive with so few dislikes.REPLY

John Daviz chronicles8 minutes agoIam from South Side! Tamil nadu, INDIA. i don’t know hindi! I came here for dislike this movie trailer! Because only for #ssr and #NEPOTISM1REPLY

sarbajit biswas17 minutes ago (edited)After the trailer…I think the movie name should be “BHATT AND Co.” Don’t just dislike, report it also ….REPLY