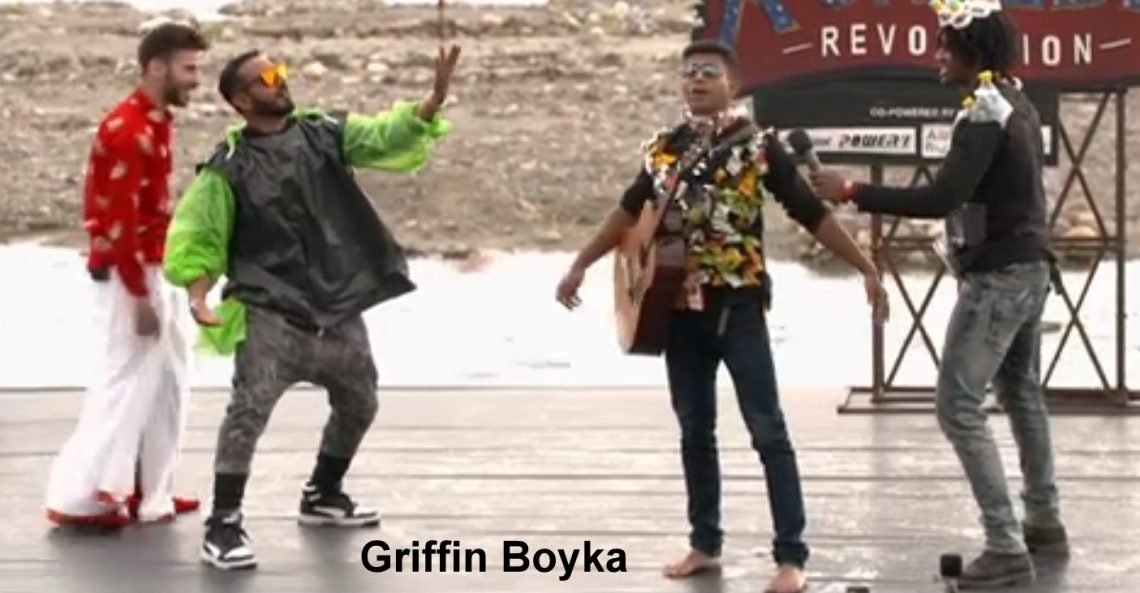 Mtv Roadies revolution 2020 episode 16 of 29th August Written Update: was filled with lots of fun, dance, drama, entertainment, and message. The winner of the EDM task was Nikhil chinapa who got 2 stars on his badge and gave cheque to the Ganga Swach Samiti.

In this task, Abhimanyu Singh was the Kachra lala, Nikhil was the Plastic theli, Micheal Ajay was the plastic bottle and Arushi chawla – Srishti became pure Ganga. In the drama they all portraited that how human being polluted Ganga with Kachra, plastic bottle and plastic theli (bag). Kevin Almasafir was the human being who tried to defend Ganga from all these and saved it from getting polluted.

They recited a verse too-

Then they all performed a dance despite the rain, the audience were enjoying their task very much. The audience was sitting in the rain to enjoy their dance later on all the peoples + leaders joined them too on the stage. They threw colors on the audience and enjoyed a lot.

Nikhil team won the audience with their performance and task too. As they were the winner – all of them got immunity from the next crucial vote out of Mtv Roadies revolution 5th September 2020 Episode 17 double eliminations results – Sapna Malik or Akash Verma.