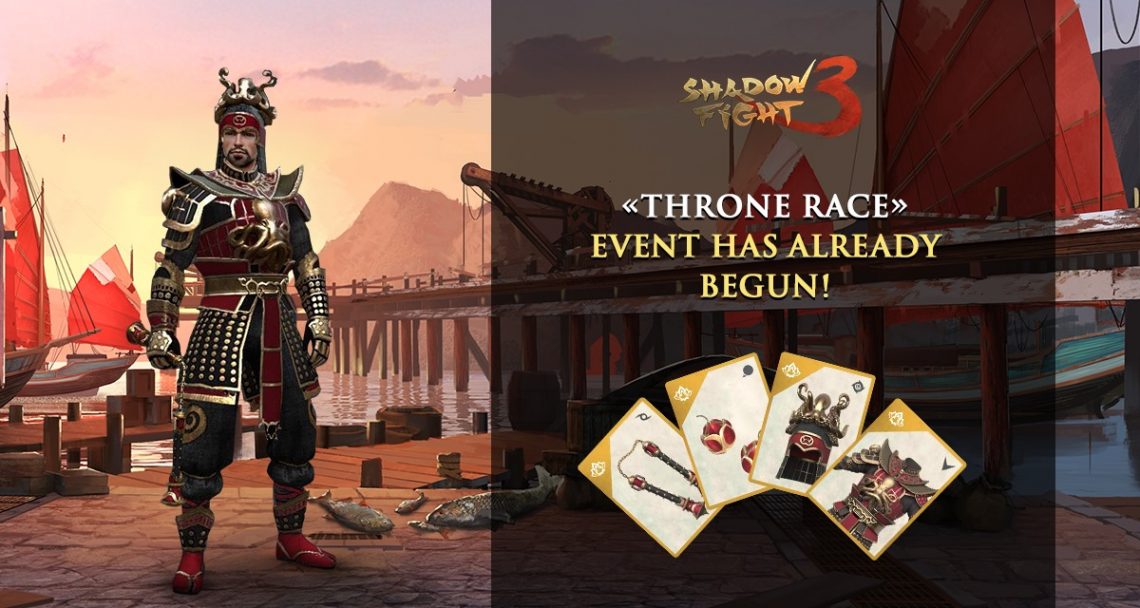 The Dragon Boat Festival will be celebrated very soon, so tomorrow the «Throne Race» event starts in the game.

You have to save the Festival and don’t let Octopus of the Damned spoil the celebration!

Shadow fight 3 is made by Nekki and is played by millions of peoples around the world. Other games like Shadow fight 2 and Shadow fight Arena is created by Nekki and received lots of love by the players. Shadow Fight 3 (SF3) released a event every week which helps players to upgrade their sets and get tokens which helps to upgrade character sets. This week first time nekki has released legendary set called “Octopus Set” in the “Throne Race event”. Before this week Nekki use to release epic sets or unique sets but this is the first time players can gain a legendary set.

Well, when Nekki announced on their Facebook handle that they are going to release legendary event on 24th June 2020 everyone was happy as they thought they will be getting a legendary dynasty set but all excitement and happiness were ruined when players saw there are no playable card rewards in the event. Also, the price for the upgrade by the event tokens is very high which makes it impossible to upgrade any of the cards, in short players are disappointed by the game and many of them are deciding to uninstall this game (shadow fight 3) from their mobile.

As already many players are bored by the game as they have completed the story chapter – June’s plane and now they are waiting for the Itu’s plane impatiently.

When Itu’s plane will be released?

It’s not yet confirmed when the Shadow fight 3 story chapter Itu’s plane will be released. Players are also waiting for the Shadow fight Arena or Shadow fight 4 as once you complete June’s plane – you have nothing much to do in the game other then playing events every week but they disappoint their players with stupid useless events.

This event Throne Race can be won by Star chaser set, Liquidator, or Torturous Nightmare. You can try with different sets of Rare, Epic, Legendary, Unique of Dynasty, Legion, or Herald.